What Do You Think?

A recent Barna Group survey revealed that more Americans claim to be closely connected to Jesus Christ than have a Facebook page or Twitter account. The nationwide survey concluded that 2 in 3 Americans claim to have a personal relationship with Jesus: “that is currently active and influences their life.”

…But WHO is the Jesus that two-thirds of Americans claim to know and follow?

It is said that in the days before Elvis Presley died, he had been reading a book called “The Many Faces of Jesus.” That title stands as a fitting symbol of the confusion surrounding Jesus today in our time. Two thousand years have passed and still many are perplexed about who Jesus really is? Where did He come from and why did He come?

No person in history has provoked such widely divergent assessments as Jesus of Nazareth. Some say He was a great spiritual leader like Buddha, Confucius, Mohammed, while others say He must have been out of His mind. Who is Jesus Christ? It is no exaggeration to say that this is the central question of history and the most important issue anyone will ever face.

Without a doubt Jesus is the greatest and most fascinating person ever to walk the face of the earth. He has affected human society like no other human being. In fact, His arrival and death were so significant that we actually divide time and mark off human history by them.

He never earned a degree and had no formal schooling. He was never elected to office. He never wrote a book. When He died, He owned nothing beyond the clothes on His back.

The Romans crucified Him, but within three centuries of His death the entire Roman Empire worshipped Him. He changed the course of civilization and today, 2000 years since He was born, millions are still turning to Him in every nation on every continent.

Tune in to just about any nightly-news talk show and chances are you’ll hear a bewildering array of opinions about Jesus … He was a good man … A Prophet … A Galilean Rabbi … The ultimate revolutionary … The Messiah of Israel … A first-century wise man … A man just like any other man … King of Kings … A misunderstood teacher … The embodiment of God’s love … A reincarnated spirit master … A deluded religious leader … A fabrication of the early church etc.

One of the best ways to understand someone is to find out what he thinks and says about himself. In Matthew 16 verse 15, Jesus asked His disciples the mother of all questions: “Who do you say that I am?” Mormons answer this question by saying that Jesus is the spirit brother of Lucifer. Jehovah’s Witnesses answer by saying that Jesus is the archangel Michael. New Agers say Jesus is an avatar or enlightened messenger. Jesus, however, answered by claiming that He was in fact God.

The Bible leaves us in no doubt as to the uniqueness of Jesus.

Hebrews 1:3 (NIV) The Son is the radiance of God’s glory and the exact representation of His being.

Colossians 1:15-16 He is the image of the invisible God, the firstborn over all creation. For by Him all things were created that are in heaven and that are on earth.

Colossians 2:9 (NIV) In Christ all the fullness of the Deity lives in bodily form.

Nothing like this is said of any other person in Scripture. All other men and women are sinners. We are born with a sinful nature and our actions are all tainted by this nature. If Jesus was only the greatest man who ever lived, He would have had a sinful nature and as such He would need a savior and could never have been our Savior.

Jesus is special. His birth was special and different from all other births. His mother Mary was a virgin, so Jesus’ birth came about not as a result of human love, but through a divine, supernatural life-giving operation of the Holy Spirit (Matthew 1:20; Luke 1:35).

Jesus was born of a virgin. Of the billions of humans who have lived throughout history, only one person entered the world in this way. There is only one mediator between God and man (I Timothy 2:5), and there is only one human who was virgin born (Isaiah 7:14)… His name is Jesus.

Jesus Is The Anointed One

The title Christ is so often given to Jesus that people often mistake it for His last name. It is, however, not a name, but a title that refers to His position and work as Messiah. The term Christ comes from the Greek “Christos” which is used to translate the Hebrew word for Messiah. Both Christ and Messiah mean “The Anointed One.”

The New Testament uses many titles and names for the Lord Jesus Christ but the one He himself used most often was Son of Man. By the use of this title Jesus made it plain that He really was a man. He was a unique man and a sinless man, but nevertheless He was truly man. Jesus had to become a man in order to make atonement for man’s sins. This was crucial for our salvation (Luke 19:10).

Jesus was more than a man, 25 times in the Gospels He calls Himself the Son of God (John 10:36-38). Jesus is Emmanuel, which means ‘God with us’ (Matthew 1:23). Jesus is fully man and fully God. He is not part man and part God. In Him there exists two natures so that He is divine and also a sinless man.

Any group who says that Jesus is not God is not a Christian group, no matter how big their Bibles may be or how much they might look like Christians.

The DEITY of Christ means the DIVINITY of Christ, and that Jesus Christ was and is God in human flesh. One major trait of all counterfeit religions and cults is their pointed denial of the Scriptural doctrine of the Deity of Jesus Christ.

Central to our faith as Christians is the fact that Jesus is actually God in human flesh. Jesus is MORE than a good moral man, MORE than a prophet and messenger of God, MORE than a great teacher – He is the manifestation of God in the flesh. Therefore any attack on the Deity of Christ is an attack on Christianity as a whole. If Jesus was only a man He could not have died to save us from sin, but because of His Deity, His death has infinite value. God’s Word confirms His Deity…

On August 17, 2008, Senator Barack Obama, the then Democratic presidential hopeful, was speaking in a forum at Saddleback Church. He was asked the question by megachurch pastor, Rick Warren, “Is Jesus the only way to heaven?” Before this, in a 2004 interview with Cathleen Falsani, who asked the same question, Obama gave the answer, “I believe that there are many paths to the same place! All people of all faiths – Christians, Jews, Hindus, Muslims, Animists… everyone knows the same God.”

Earlier in August, 2008, at a town hall meeting in Greensboro, North Carolina, while answering a question about his faith, Obama said he believed that Jesus died for his sins and through God’s mercy he could have “everlasting life.” However, Obama also stated that he “sincerely believes ALL Jews and Muslims and non-believers who live good, moral lives are just as much children of God as he is.” Holding such a conviction is totally against Jesus and the plain teaching of the Bible (Acts 4:12; John 1:12).

Obama’s ambiguous answers showed him taking both sides to the question, “Is Jesus the only way?” And probably the way most ‘politically correct’ Americans might answer.

One of the most common criticisms of Christianity is that it is too narrow. Many people just cannot believe that there is only one way to heaven. Because Christians have championed this truth, they have been intensely criticized as unloving, intolerant, Bible-toting bigots. However, it is important to note that the reason Christians believe the Lord Jesus Christ is the only way to heaven is because He himself said it. Jesus boldly declared, “I am the way, the truth, and the life. No one can come to the Father except through Me” (John 14:6).

Some people say, “All roads lead to God.” This is deception and a dangerous falsehood. Contrary to the words of Obama, Jesus taught that He alone is the exclusive way to heaven. When people have a problem with exclusivity, it is really because they have a problem with Jesus.

Are you saying that if a person does not believe in Jesus Christ, they are going to a burning hell? Jesus Christ Himself said, “I am the ONLY way to heaven!” Knowing and believing the truth about Jesus really is a matter of life and death. 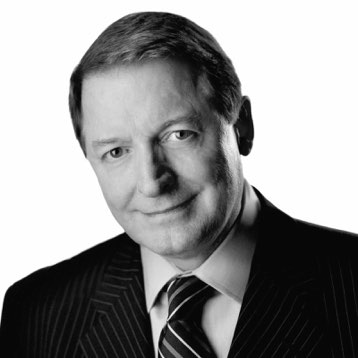